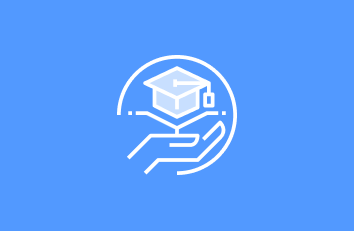 Be warned in advance, and this is a Shakespearean drama, so do not expect the scenes to merge together in a logical order. Remember that Shakespeare was one of the first to start liberating his works from the rigors of cause-and-effect coherence of classical, ancient drama.

Efficient Review of the Events of Hamlet

At one of the famous castles, the ghost of the former ruler, the old King Hamlet, appears at the court of the Danish king. Denmark’s new ruler, Claudius, is the brother of the deceased who has married the widow, Queen Gertrude. Young Hamlet is not convinced by the news of the king’s father’s bite by a snake. Also, she resents her mother for remarrying too soon. When a ghost tells Hamlet the truth about his father’s death, Hamlet decides to take revenge on his uncle. It turns out that old Hamlet was poisoned by his brother, who poured poison into his ear while he was sleeping.

During this time, Ophelia, Hamlet’s beloved, stops accepting his letters and visits. Hamlet knows about the deceptive actions of Claudius and Polonius, Ophelia’s father, who manipulate the girl. The king and the chamberlain also influence the behavior of Hamlet’s mother. Hamlet begins to act insane. His depression is expressed in strange poses of the protagonist, playing with ambiguous words, lack of logic in his statements. Claudius is increasingly afraid of his nephew.

Hamlet’s former university colleagues Rosencrantz and Guildenstern come to the castle. By the king’s order, they have to investigate why Hamlet is acting so strangely. They bring the theater troupe to Elsinor, which Hamlet liked when he was in the capital. The protagonist prepares the play The Murder of Gonzaga, which depicts the fratricide by poisoning the king and seducing his wife. Claudius leaves the room before the end of the performance. Hamlet already has ample proof of his uncle’s guilt against his father.

Gertrude is stunned by Hamlet’s behavior and does not seem to understand her son’s accusations. During a conversation with his mother, Hamlet kills Polonius, who is hiding behind a curtain. The death of Polonius accelerates Hamlet’s departure to England.

Claudius gets a letter stating that Hamlet is turning back from the ship. At that time, he had already arrived at the castle Laertes, who wants to avenge the death of his father, Polonius, at all costs. Ophelia is insane, sings strange songs, hands out flowers. Suddenly the girl dies after falling into the river.

Hamlet and Horace, his faithful friend, meet at the cemetery. Ophelia’s funeral is taking place. The young prince despair wrestles on the grave with Laertes. King Claudius makes a bet and Hamlet duel with Ophelia’s brother.

In the cemetery, two gravediggers are having a lively dispute about the Christian burial of Ophelia.

Horace and Hamlet appear in the distance. They talk to men about recent events. The title character notices one of them throwing a skull. He picks it up and, learning that it is Yorick’s skull, gives a monologue about death and passing.

When the heroes step aside, they see a mourning retinue. The shortened ceremony suggests to them that the deceased person committed suicide.

While placing Ophelia’s body in the grave, Laertes cursed whoever had led his sister to the brink of madness and then jumped into the grave to examine her one last time. Hamlet did the same. There was a scuffle between the men, but they were separated.

Then the title character confessed his feelings for Ophelia, which others took as evidence of his madness. Claudius urged him to be patient and complete their plan.

Hamlet and Horace discuss the escape of Gertrude’s son from a ship bound for England. The title character showed not only courage but also cleverness, which he proved by changing the content of the letter (death was to be met by its suppliers, i.e., Rozenkranc and Guildenstern).

Osric enters the chamber, who wants to provoke Hamlet to fight Laertes. The prince agreed to the fight, although Horace warned him of his inevitable defeat.

The heroes were handed weapons, and the king ordered the wine to be laid out. Initially, Hamlet gained an advantage by touching Laertes twice with his weapon. Then Gertrude reached for the cup, toasting to her son’s health.

Laertes badly attacks the prince. However, in the heat of the heat, weapons are exchanged, and Polonius’s son is also stabbed. He then confesses to Hamlet the truth about the plot, and Osric screams out to look at the dying queen. Gertrude’s son reaches for a gun and completes his revenge by stabbing Claudius.

Seeing his friend’s last moments, Horace also wanted to reach for the cup, but Hamlet dissuaded him from this idea; he wanted him to tell what happened in the Danish castle.

Hamlet and Laertes forgave their sins, and the prince mentioned Fortinbras before his death.

The heir to the Norwegian throne arrived shortly after the bloody events, on his way back from Poland. He knew he had rights to the Danish throne, and Horace informed him of Hamlet’s will.

Fortinbras ordered the title character to be buried as a hero and a man worthy of great respect.

Hamlet is a drama that can be read in many contexts. One of the most important seems to be the problem of power. According to the views of two Christian philosophers – St. Augustine and St. Thomas Aquinas – earthly power comes from God. While the first of them argued that the earthly states should be modeled on the heavenly one, the latter introduced a distinction between good and bad governments. It is the concept of Aquinas that seems significant in the context of Shakespeare’s work, which presents a complex and perfectly drawn image of the world.

The usurper – Claudius – murders his brother, takes the throne from the rightful heir, and marries his former sister-in-law. His thirst for power is so strong that he does not flinch at anything while at the same time devising a clever plot to prevent the truth from being revealed. Although he is not a bad ruler from a pragmatic point of view (he makes the right political choices – e.g., a favorable alliance with Norway), the manner in which he sat on the throne is particularly wicked – after all, he broke not only the laws of the world but also divine ones. An evil and wicked ruler must be punished.

The very ending of the piece, i.e., the arrival of Fortinbras, appears as a new victory for the right concept. The Norwegian prince, in many ways, resembles the Danish prince – he is ambitious and penetrating, he also lost his father, and he is also full of revenge. Besides, it is from Hamlet that he receives the Danish throne to restore order.

A slightly different light falls on Shakespeare’s work in the context of human nature. The characters were constructed in such a way as to emphasize their duality as much as possible. Good is intertwined with evil, but the latter seems to be more tempting because it brings tangible temporal benefits, in the name of which some heroes agree to acts of betrayal, murder, etc. “Hamlet” shows the cruel truth about a human being, realizing the fact that it is so easy to awaken his inferior nature. The revenge plan makes the title character move away from his beloved Ophelia, the vision of benefits pushes Gildenstern and Rozenkranc to betrayal, etc.

You can also look at Shakespeare’s work through the prism of love. The feeling of the title character and the daughter of Polonius initially appears to be wonderful, just perfect. Unfortunately, successive wickedness committed by various heroes brings cruel and painful changes for the young. At the other extreme, there is an account of Gertrude and Claudius, which arose from a shameful deed. Both of these threads end tragically. In reality, dominated by wickedness and insincerity, there is no room for genuine affection.

The subject matter of the work, then, concerns the multifaceted drama of Hamlet, a man incapable of action, but faced with an honorable act, despising crime, committing it, longing for idealism, and forced to move among intrigues, hypocrisy, and hypocrisy.

The tragedy also shows how unfathomable and complex human nature is, full of internal conflicts and mysteries. So that even for him, it is difficult to deal with it. For this reason, it can be said that Shakespeare’s drama is an extraordinary psychological portrait of an extraordinary hero.

The problem of the piece is not only the problem of Hamlet but also of many other people like him, tormented by doubts, confronted with tasks not matching them. That is why this tragedy is universal and timeless.