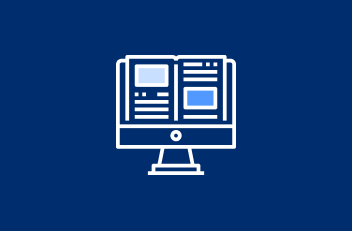 Before you begin to write, you should understand the definition of the press release. A constant flow of significant news can assist an organization excel and attract the attention of journalists over time. Here is where the news or press release appears.

A press release is an official declaration (it can be written or recorded) that a company provides to the mass media and outward. We can name it a “press statement,” a “press release,” a “news release,” or a “media release,” in all cases, we’re always speaking about the same thing.

Though the heading needs to include action verbs, the first paragraph needs to respond to the “who,” “what,” “why,” and “where” questions. The news release needs to include logical language and a quotation.

The majority of news releases occupy just one page or two pages long, tops. Conclusively, organizations desire to present sufficient info so that news agencies possess enough material for printing their own stories about things the organization is declaring in the press release.

We agree that it can be tempting to create a news release that glosses over your organization’s achievements or distorts the facts to help a story appear more attractive and interesting to the mass media. Still, keep in mind, news releases remain in open access, which indicates your clients and prospective clients can view them. Therefore, rather than considering a news release only as a ticket to receiving news coverage, you need likewise consider it as an important element of marketing content.

With the definition of a press release we sorted out, now we should distinguish the main types of a news release.

The launching of a new product is a type of news release that is important to tell about the new resolutions your company is proposing to clients. Such a press release will highlight the product’s characteristics, prices, availability, and some other details that can be important to clients.

Changes in an organization are unique enough to issue a news release, particularly for notifying present and prospective stakeholders about the development and path of an organization. To declare about a merger or acquisition, involve details about all companies that take part, info about the merger or acquisition, and quotations from the leaders.

It is like the launching of new products, renewals, and extensions of products likewise can help in promotion. Describe what the change is about, the reasons it was performed, and what benefits the customer will get.

News releases are a significant part of event marketing to draw attention from news agencies and different mass media. You’ll need to involve what the event is about, who needs to think about attending it, when and where it is going to be carried, prices, and any additional significant details.

Alike to fusions and acquirements, a news release declaring new partnerships is a reciprocally profitable marketing technique. To efficiently perform this type of press release, stay certain to compose a short description about every organization, the reason the partnership was formed, who will get benefits, and any extra significant details for present and future stakeholders.

Rebranding is a challenging task for any company to perform, and it can sometimes lead to tangle and clumsiness. One approach to make the conversion smoother is by declaring about the rebranding with a news release, involving details on what is going to be changed, the cause for carrying that change, time the changes come into effect, and quotations from the leaders.

Leaders usually protrude as faces of the organization, and a news release serves to begin this role. It can involve biographical info to prove their credibility as well as a photograph and different related details.

When a case refers to perfection in a business, it’s acceptable to boast. News releases about awards and achievements help to reinforce the authority of your company in your sphere. This type of news release involves info about the organization and reasons they were awarded, info about the award, and details about the event (if appropriate).

Note that during formatting a news release, you are required to prepare it in a newsy and simple form so that a journalist who is going to compose it can fancy it as an article on his/her news site.

Below is an example of the format of your news release:

As stated before, it is a great solution to involve common news-release elements in your format, such as contact data of your company, the phrase “For immediate release,” information about your location, and a brief biography about your organization. Possessing particular places for those items will stop you from requiring to state it in your body text; therefore, you can concentrate on presenting the current news.

You can likewise add “###” or some other symbols to tell the journalist that the press release has come to an end. In previous times, this helped prevent journalists from not waiting or leading the pages for more info when the news was absent. Nevertheless, this tradition is still used and highly-respected nowadays.

How to Write your News Release?

Composing a news release to provide significant news of a company can assist organizations in developing better, still performing it correctly is significant too. Below are some tips on how to write a news release.

You’ve thought over your announcement in mind, and then it’s time to write it down using words to tell about it to a community, branch, and supporters. It is like writing the powerful title for a blog post; preparing for an excellent news release begins with your heading. You just need to operate with one line. It can appear scary still, and you should relate to diction attentively to create your heading enthralling. Utilize action verbs, clear language, and make your heading easy to read and brief. If you make your heading with one line, it will attract the attention of the majority of readers to your message.

Tell the Press about Value of News

If you want journalists, analysts, influencers, or supporters to desire to share your message, you need to tell them in advance why they should be inclined to share it.

The first paragraph of your press release needs to include information about the who, what, why, where, and how of your new launching, update, or expansion. Journalists don’t possess much time to examine details and background info. They simply want to get the facts that’ll assist them in telling your story to other people from an authoritative position.

When you’ve done the previous actions, it’s time to make your details real with the help of quotations that journalists can utilize for the context of your message and assist in drawing a picture of how your news influences the given industry, client base, etc.

It would be ideal if quotations will be from principal stakeholders in your organization involving your executive team, project leaders, or people who were directly influenced by your message.

Before starting to write your last paragraph, hold in memory that the target audience already possesses all of the necessary details and info, they require to write a story or spread the information. Sometimes it seems that a press release lacks sufficient text or details; that’s why many people begin to include excessive facts about their company. But keep in mind that a news release has to be valuable and brief. Provide details to strengthen your narration, for instance, creative methods with the help of which your organization developed the project. You can likewise comment on the future consequences of your announcement.

If you still have problems with writing your press release, you can consider various examples on the Internet. But keep in mind that only some of them can be reliable and properly written.

To be completely sure of a great result, you can ask online paper writing companies to write a press release instead of you. Just specify what information should be included, and professional writers will write an excellent news release meeting your deadline and requirements.