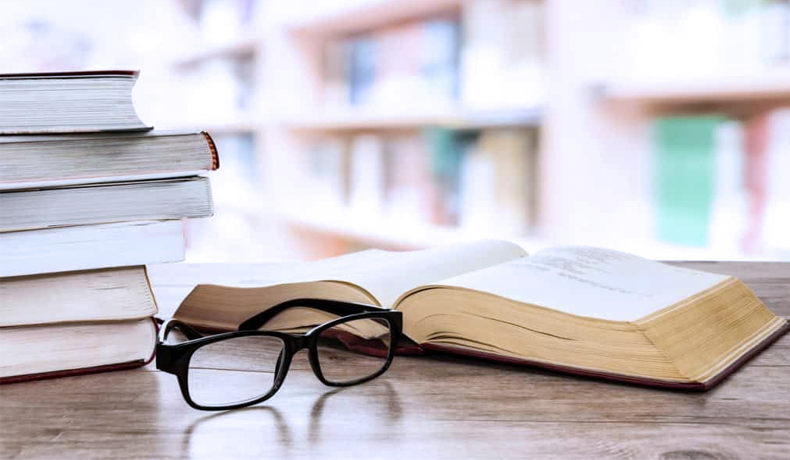 Some years ago, writing academic papers called Document Based Questions, also known as just DBQ outside of the AP History Exams, was not common. The latter could apply to such disciplines as:

Nevertheless, at the moment, the highlighted phenomenon plays a very important role in social studies and technologies that means the possibility of DBQ passing anytime. Of course, you need to have a certain store of knowledge in order to cope with the task, which we have outlined perfectly.

One of the key recommendations can be the collection of materials related to the time stages, along with the territories where the exam will take place. At the same time, the connection between these papers and the topics of the student’s class should be emphasized. Also, researching all available documents and being able to transform them into wonderful support for arguments is an essential element.

Of course, such type of testing as Document Based Question is really peculiar and at the same time difficult, but on the other hand, these qualities help the student to look inside the work of a historian, and not just read huge piles of books.

Also, don’t forget about our company, which is always ready to help with writing an awesome DBQ essay and performing other assignments!

Initial Recommendations and the Preparatory Process

Of course, there are many aspects that can affect the quality of the future paper. However, first of all you should remember that permanently reviewing documents that are older will improve the preparation process. Despite these guidelines, each of us is an individual with unique abilities. For this reason, even mistakes can be helpful, allowing to identify areas where you are weak.

In fact, the preparation for the meeting with Document Based Questions includes the following stages:

Firstly, it is necessary to analyze the skills in the context of creating a DBQ essay and then develop a roadmap. Then you should practice the available skills. The final point is repetition, through which you can sort out the points that still need improvement or see what issues have been eliminated in the process.

In addition to the above aspects, in some cases, teachers or the support that accompanied the student before the start of the exam can play a very important role. Below we have suggested several possible individuals help with this:

Typically, the time period given for writing an essay as part of this AP History Exam takes 45 minutes. Despite the fact that the Document Based Question is not a paper that requires a stream of creative thoughts, the process of creating a paper is no less difficult.

First of all, it is very important to plan the work in advance together with the sketch modeling, in which the author highlights all the weighty components. Below we have outlined a structure riddled with some tips for a future paper.

Introductory Part. The best option would be to write about three phrases, the core of which has a historical color. In fact, these sentences play the role of the forerunners of the thesis. Also, you should not forget about examples that will figure in the next paragraphs of the paper. Try to think over the meaning and all the important details in advance so as not to waste precious minutes on the exam.

Thesis. This is the most worthless component of the introductory paragraph. Remember that despite the size (1 sentence), this essay particle is capable of a lot.

Main Body. Actually, the volume of a given piece of highlighted part can vary. However, in any case, the first paragraph will again be devoted to contextual information. After this, you need to express the point of view, and then confirm it with documents and a short study.

The next paragraph also expresses the opinion of the author, while further documents come into play along with the analysis. A similar alignment applies to the indication of the third point of view. At the same time, it is possible to add a fourth body. The particular value in this part of the DBQ essay is given by the examples we talked about above.

Final Paragraphs. In fact, the creation of this part of Document Based Question is not difficult because of the presence of all the aspects that appeared earlier in the paper. First of all, you need to rephrase the thesis presented at the very beginning. Next, provide a summary of all previous parts.

Variability of Spectacular Topics for the Future Essay

Of course, in many situations, the already written DBQ Essay can play a much larger role in the student’s preparatory process than dozens of tips. For this reason, we propose to pay attention to the work below.

During the struggle for freedom, most of Ireland still managed to gain independence, first as a Dominion and then as a republic. Ulster Protestants, taking advantage of their numerical predominance in the northeast, insisted on a referendum. Ulster stayed in the UK. Subsequently, the situation of antagonism between religious communities in Northern Ireland worsened. The state existence of six counties in the North-East of Ireland within the United Kingdom (as a self-governing province) began in 1921.

The concluded Anglo-Irish treaty formally implemented the isolation of this most developed region, which was already formed as a result of the imposed on the country in the colonial period, of the uneven economic and socio-political development of this most developed region, all economic threads connected with the British Empire. The colonization of the island laid the foundations for the division of the population along ethnic and religious grounds. The religious conflict turned out to be, as it were, ‘built-in’ into the Irish society and into the basis of the political conflict.

The disunity of the population in Northern Ireland along religious lines takes on the character of voluntary religious segregation over time. There is a separate, parallel existence in each locality of two communities – Catholic and Protestant.

The Catholic population of the North supported the nationalist parties, while the Protestants were guided by British values and tied their lot with the British Empire. Society split into loyal citizens of Northern Ireland and those who actually recognized the power of another state over it – the Republic of Ireland.

The Northern Ireland Assembly has been repeatedly elected by Protestant clerics. The Unionist Party was closely associated with the overtly religious Ornigist order. The governments they created have repeatedly changed their decisions in accordance with the requirements of the Presbyterian General Assembly and other religious organizations. The close interaction of security forces and aggressive Protestant circles has created a threat to order and security in Northern Ireland. The society was divided into two parts: on one side – Protestant, Olster, British, Unionist, on the other – Catholic, Irish, nationalist.

The Protestant authorities recognize the existence of the Catholic minority as a necessary evil, rejecting the goal of reaching an agreement with these strata. Half a century of Protestant rule was ‘rule without consensus’. This system of discrimination against the Catholic population did not change in the following decades, when most of the Catholic citizens, with all their dissatisfaction with the regime, were loyal and obeyed its laws. In the tense public atmosphere of Ulster, some ‘third’ party, standing on moderate positions, could not count on significant success.

By the 60s of the twentieth century, Ulster was on the verge of imminent social catastrophe. In 1969, the British government used troops against Catholic civil rights demonstrators. In the province, violent clashes took place, both between confessional groups and with the police, in which innocent people were often killed. The flags of some factions of terrorist organizations bore religious attributes, and there were religious appeals in street clashes.

The mural, which was very popular in Northern Ireland, often featured religious themes. Some of the deceased activists, both Catholics, and Protestants, appeared as martyrs and martyrs for the faith. Religious animosity was instilled in Northern Ireland from birth: 3-year-olds disliked the cultural symbols of another religion, and 6-year-olds could explain the political difference between the flags.

By the end of the 60s, the road of upward social mobility opened up for Catholics, and there were changes in social consciousness and mass behavior. Among the Catholic community, a layer has emerged that has moved away from traditionalist politics. The welfare state policy led to a qualitative change in the position of Catholics in the structures of the unionist regime, the spread of the achievements of the social policy of the United Kingdom to the entire Northern Irish society did away with the encapsulation of the Catholic community. Its secularization was gaining momentum.

A Pinch of Closing Words

So, the academic work called DBQ essay belongs to the historical disciplines together with social studies, while the common purpose extends to the analysis of various documents that play the role of confirming the author’s opinion. In addition to all of the above, it should be emphasized that timely preparation and distribution of actions can help in achieving success.

Also, the latter can be implemented thanks to the professionals of our company. Don’t hesitate to contact us now.