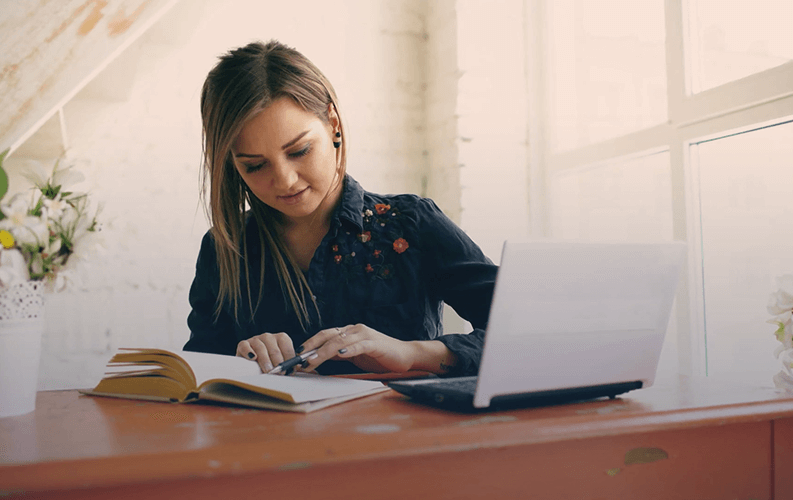 The number of style guides such as the Modern Languages Association (MLA) or the Chicago Style Guide (Chicago) is limited. Depending on the subject, there are different types of citation to select. This overview describes the usage of the latter.

Names are without initials. If multiple originators are responsible for text creation, use commas to separate the individual authors. Use ampersand instead of a comma before the last name.

When citing for the first time on a page, all authors should be listed. After the first author, “et al.” follows (more on that later).

If the same reference is made several times on one page in one’s own text, then “ibid.” (= ibid) should be used.

A formal report can include your own table of contents or sketch and use references also called mentions or citations, to let the reader know where the information comes from. There are many types of sources that could be included in your paper.

The bibliographical style must be chosen long before research starts, let alone writing or publication of the assignment. Some departments, universities, publishers or magazines already have their own manuals or have opted openly for a defined style. It is always convenient to review the regulations of each institution and request the respective manuals.

In case the institution does not have clear guidelines, it is under the direct responsibility of the author (student or writer) to choose a coherent style of citation and to apply it in a uniform way throughout his work.

In addition to the 2 chapters dedicated to the format of bibliographical references, the manual details guidelines on parts of the publication, preparation, and edition of originals, tables and illustrations, author and permission rights, punctuation, spelling, style and grammar, and so on.

Only the most important rules are listed in this overview. Further refinements should be acquired from your tutor.

Chicago style is one of the oldest, most prestigious and constantly updated bibliographic style. A special feature of the book is the treatment of the correct citation of project materials. It can be a difficult task in transfer-oriented degree programs where the thesis consists of a scientifically supported project and whose students have so far found no literature on the correct citation of company-internal sources.

Some issues, such as legal references or copyright, could not be translated without an adaptation to the legal systems of the country. However, it is a vast work that in more than a century of publication has come to contemplate a norm almost for any kind of bibliographic problem. This manual is published since 1906, and its 16th edition was released in 2010. This was the first edition published simultaneously on paper and online.

The book helps students assess the quality of electronic sources and make choices about how to use them in a scientific (dissertation) paper. For the correct citation of even unusual sources (example: e-mail communication, advertising media, games) the reader will find concrete suggestions. In the long texts with plenty of sources and notes, Chicago style quote is acceptable for separate notes – short notes that contain the only source of information – notes long. In this case, the grades quote must be numbered as usual and placed as endnotes. More hints are marked by icons and placed at the bottom of the page.

Direct quotes, indirect quotes, quoted quotes, American citation, German citation, the citation with footnotes – the topic of citation is a true maze offers many stumbling blocks. Do not worry, you’re certainly not the only one who has questions when it comes to quoting footnotes. With the hints on our page, you will find out what is the most important. Then you can devote yourself fully to your arguments and observations, and the right citation goes by itself.

Appointments, commentaries, and endnotes are imperative for scholarly composition. Microsoft Word 2013 creates these items naturally. You can likewise make a table of representations and a record. It would require a ton of exertion to do it physically, which is the thing that editors improved the situation for numerous years. Here is the manner by which to make an arrangement, reference, and the last note

The manner in which you make a reference or a note toward the end is the equivalent. On the Reference menu, you just grabbed either Insert Footnote or Insert Note. Next, the cursor moves where the reference is entered while the commentary number or endnote is found in that Word of putting the last note or commentary. In contrast to citations, you need to organize the reference or endnote itself, which implies you need to utilize the name, distributer, web interface, connection of the visited web date, creator, and so on which makes a commentary or note toward the end and place it in the arrangement of the stylebook you are utilizing consequently.

Here, you can see both the commentary number and the reference at the base of the page.

Notes are readily available to the reader while endnotes are forcing the reader to tip to the end of the text. According to the manual of the style, for the sake of preserving the flow of text, notes must be used before endnotes. However, many long notes can be very difficult to integrate into a text without its presence.

Academic writing is inevitably tied to bibliographic styles. No respectable academic essay, in any of its forms (scientific, divulgation, didactic, formative), is complete without the references of the works consulted for its elaboration. But it is not enough to have the data of the works read and referenced in the text: it must also be done with precision, coherence, and uniformity. In other words, you need to follow a style for the format of references, citations and the elaboration of the list of cited works or bibliography.

To quote a document, essay, research that appears in another work, there are several ways to do it. The base format of the bibliographical references is the following:

This section contains information on the Style Manual document formatting method and the Chicago citation. These resources follow the sixteenth edition of The Chicago Style Manual, which was published in September 2010. You can use bibliographic citation managers that allow bibliography to be collected, organized, commented on or shared, used for the preparation of a manuscript with a view to its publication or even adapt its style to the editing standards of a certain scientific journal.

The compilation of the different references is done at the end of the work where they appear alphabetically by the author’s last name. The titles of books, magazines, encyclopedias, newspapers will be highlighted in italics or underlining them.

The same as above (add an URL if need be)

Despite common principles, there is no generally accepted, uniform system for bibliographical references and citations. Within a library or bibliography, one should orientate oneself as exactly as possible to the original, with a bibliography, which serves for a survey, for looking up, or for referring to sources, one should make standardization and reduction to essentials. Subtitles can be omitted or reduced. Unlike periodicals, series titles are not compulsory for monographs… What’s more, could possibly be indicated. Regardless of it, the first title goes first without saying, the arrangement title is optional

The different styles differ not only according to the form of publication and subject area. Even individual journals sometimes have their own specifications. Newspapers

Chicago Manual of Style, one of the most comprehensive manuals available, will cover all topics and is the preferred style for many books, magazines, and newspapers. When quoting a newspaper, the following rules apply:

It will specify the exact URL, not just the start page, and date and time of the call. If the authors of the web pages are not known, the pages are sorted alphabetically according to the titles.

Basically, footnotes are used in the bachelor thesis or master thesis in order to contribute additional information to the main text. It is important to make a responsible, ethical and legal use of the information that is used when academic work is in the making. By including the bibliographic references, essay writers identify the ideas and information that have been taken from other authors. If you also use a standardized appointment style, the recognition of the source used is favored so that any other person can locate those documents. Every one of the sources is mentioned in sequential order arrange in the Bibliography toward the finish of the report. A reference index may contain sources that are not referenced in the commentaries, but rather that was utilized in the planning of the general reserve.

Behind any direct or paraphrased quote, they add a parenthesis, in short, a reference to the original source. If you liked to quote correctly for this example, then your brace looks like this:

The Chicago style usually uses a footnote and bibliography style with various formats for annotation and bibliography entries. However, it can also be a system of in-text quote followed by a work quoted list. Nonetheless, the preferred course of action determines each college and faculty (sometimes even each lecturer or tutor) individually. Accordingly, these preferences must be considered when writing and editing a bachelor’s or master’s thesis.

It works with the American citation method as the name implies:

Several organizations have published standards that are used throughout the world for the production of formal writings. These rules include requirements for correct grammar, using of capitals, the page numbering, punctuation, indents in the paragraphs, references, and so on. One of them has been described above. The most important thing in Chicago citation is to opt for a variant and stay with it. Which variant is used at your university, you can see in the exam regulations or learn from your supervisor. Writing workshops at your university or proofreading also help you to apply an indirect or a direct quote perfectly.